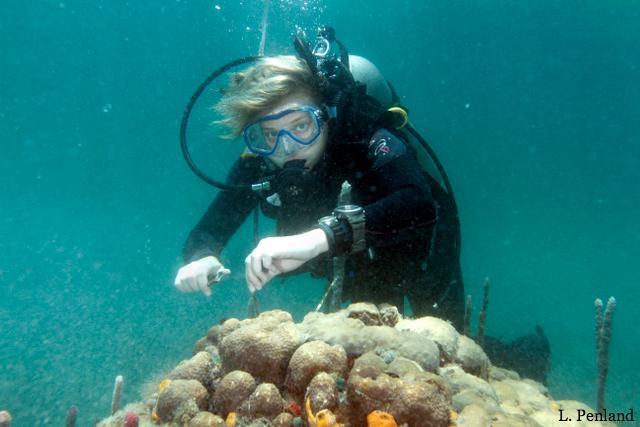 I am a prairie girl gone coastal.  Though I grew up in land-locked Alberta I knew from an early age that I belonged close to the sea.  I have always been fascinated by the marine environment but primarily by invertebrates with their immense diversity and adaptations.  My first academic love was ecological theory but as I learn more about the state of our world's oceans I have begun to move into more applied science.

Through my work I hope to help scientists and managers alike understand human impacts on our oceans and how we can better manage our resources and ourselves.

I completed my PhD  in 2016 and I've been working as a consultant for Azimuth Consulting Group, teaching at the University of Victoria, and recently started working at MaPP as the Regional Projects Coordinator. 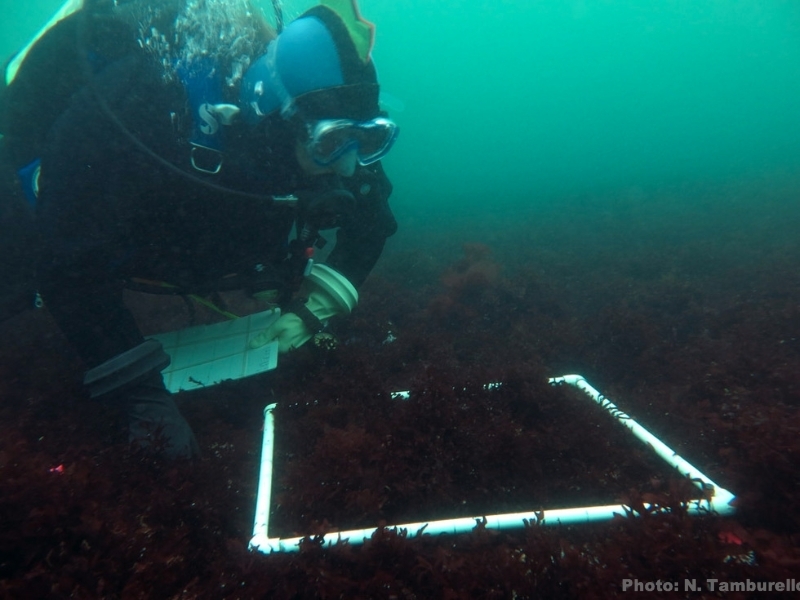 Largely, I am interested in marine conservation ecology. I would like to combine marine ecological theory with conservation practices.  I believe that  social-ecological systems are the way to achieve our global conservation goals.

I am currently working for the Strawberry Isle Marine Research Society on a new project regarding kelp community ecology in Clayoquot Sound. Stay tuned for updated about our kelp research and how kelp increases and declines are affecting invertebrates and algae.

I have been working for Azimuth since I completed my PhD on multiple consulting projects related to contaminated sites and monitoring of marine constructions projects.

My current research program focused around understanding the role that invasive and introduced seaweeds are playing in the ecosystem of Baynes Sound, British Columbia.  Sargassum muticum and Mazzaella japonica were both throught to have been transported from eastern Asia to BC via the aquaculture trade.  Though Sargassum muticum has been demonstrated to be an invasive species in several other places around the globe, as of yet we are unclear about what role it is playing in BC.  I'm also examining the impacts that harvesting an introduced seaweed can have on beach communities where it washes up.

As part of my research I conducted a long-term removal experiment of both Sargassum muticum and Mazzaella japonica in the Baynes Sound area to look at impacts on native seaweed communities.  I will also be conducting ocean acidification experiments on both species to better understand the interaction of OA on introduced, fleshy seaweeds which are thought may actually thrive under higher CO2 conditions.

I am an avid SCUBA diver and have participated in underwater research both in the temperate waters around BC and in the tropical waters of Panama with the Smithsonian Tropical Research Institute in Bocal del Toro.  This research in Panama has been part of a long term experiment examining coral reproduction with Dr. Nancy Knowlton of the Smithsonian Institute and Dr. Don Levitan of Florida State University.  I firmly believe that we have a staggering lack of scientific knowledge of shallow subtidal ecosystem even though they are some of the most productive habitats worldwide.

Pawluk, KA and SF Cross (2015) Stinking up the beach: Variable rates of decay and decompoisition of native and invasive seaweeds in Baynes Sound, British Columbia. Annual Meeting of the Phycological Society of America, 8-14 August, 2015.

No graduate research is possible without funding so thank you to those who have helped fund mine! 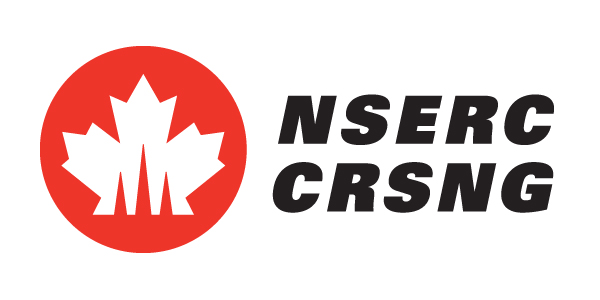 The following companies have been instrumental in assisting me in my research. 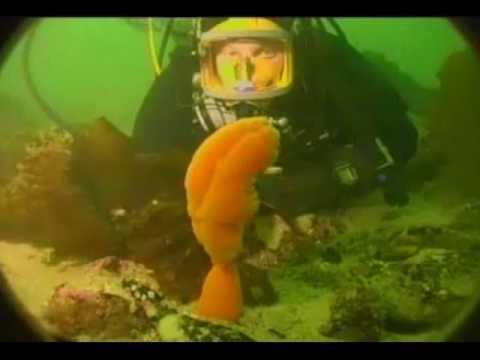 As a scientist I think it is very important to share our knowledge with others.  I am currently a member of the University of Victoria Speaker's Bureau and give presentation to community groups about marine invasive species.  I also volunteer with ocean outreach programs at the University of Victoria including Ocean Networks Canada, Vanouver Island regional science fairs, and Let's Talk Science.

Part of my work at the Bamfield Marine Sciences Centre was being the naturalist for Live Dives (underwater videoconferences).  This allowed me to provide students from around Canada and the United States a look at subtidal habitats and organisms and get them excited about marine environments and conservation.

In March 2016, we will be celebrating our 30th Anniversary festival! We hope you can be a part of the inspiration, education, and entertainment by celebrating our coastal traditions, unique environment, and the spring return of the grey whale.

During this festival I will be giving two talks:

Species Invasions in British Columbia: Who, What, Where, When, and Why You Should Care. March 15 @ 10:30 Black Rock Inn

SIMRES is organizing and hosting an exciting three day workshop based on the recently published book, The Sea Among Us; The Amazing Strait of Georgia. Workshop participants will include 18 university students guided by several contributing writers along with other leading scientists, educators and First Nations representatives. The objective of this workshop is to go beyond the contents of the Sea Among Us book and identify significant recommendations for the future. Join us in this important discussion about the future of our Strait of Georgia and the part it plays in the ecosystem of the entire Salish Sea.

We recently released our final report on studying the drift seaweed and its harvest south of Deep Bay last winter.  You can download the final report prepared for the BC Ministry of Agriculture at this link:VIUCSR Beach Wrack Monitoring 2014-15 Final Report150522bk. If you are interested in this issue we urge you to please download the full report.  The Executive Summary from the report is on a previous blog post.

In addition to discussing our own work.  We will also be joined by Ms. Kylee Pawluk from the University of Victoria who has been completing her PhD on the subtidal ecology of the species and Ms. Jessica Holden also from UVIC who has been working with our team on the ecology of the drift seaweed (wrack).  Presentations will review research work completed to date and we will attempt to share what has been leaned and discuss what future research directions may be.

On June 21, 2014, myself and 7 other women will be snorkelling across Saanich Inlet from Mill Bay to Brentwood Beach to help raise funds for the Françoise Gervais and her Arctic Expedition.  The goal of these projects is to raise awareness for the rapid changes happening to the Arctic oceans.  Check out our snorkel relay page for more information!

Pawluk, KA (November 19 2013) Marine Inasives Species and their impacts on Vancouver Island.  Presented to the William Head Institution as part of the University of Victoria Speaker's Bureau.

Pawluk, KA (May 24 2013) Marine Invasvie Species and their impacts on Vancouver Island.  Presented to the Volunteers of the Capitol Regional District Parks.

Pawluk, KA (April 3 2013) Marine Invasive Species and their impacts on Vancouver Island.  Presented to the Capitol Regional Disctrict Park's interpreters as part of the University of Victoria Speaker's Bureau.

Pawluk, KA (March 19 2013) Marine Invasive Species and their impacts on Vancouver Island.  Presented to the Cowichan Valley Naturalist as part of the University of Victoria Speaker's Bureau.

Pawluk, KA (December 4 2012) Marine Invasive Species and their impacts on Vancouver Island.  Presented to the Golden Rods and Reels Outdoors Club as part of the University of Victoria Speaker's Bureau.

Pawluk, KA (Novermber 23 2012) Marine Invasive Species and their impacts on Vancouver Island.  Presented to Berwick House as part of the University of Victoria Speaker's Bureau. 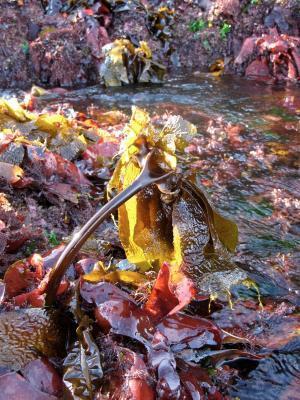 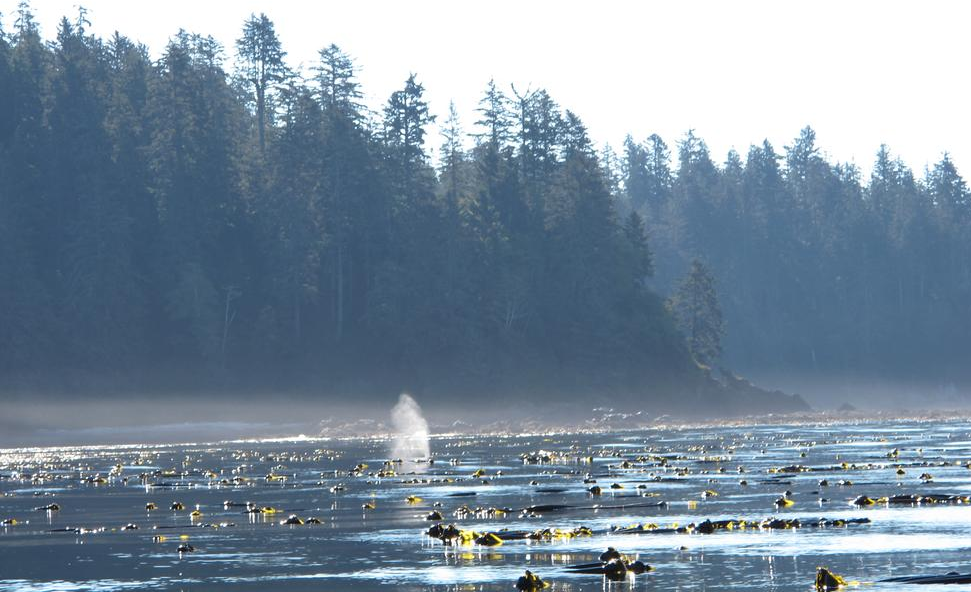 I am so excited to be working with the Raincoast Education Society to provide continuing education courses in the Pacific Rim. I am teaching Marine Invertebrates of the West Coast this June and excited to share my knowledge of marine invertebrates! Check the link to register!

An analytical approach to the study of marine ecology and marine populations. Intertidal and subtidal communities will be examined, with emphasis on the biota of the

This field-based course marches through the marine invertebrate phyla following the most recent recognized phylogenies.  We use lectures to provide the foundation for more detailed understanding gathered during the field and lab explorations where students gain a greater appreciation of morphology and behaviour.  Students complete a group project where they combine their knowledge with practical research experience to answer a question they developed during the course.

During this course students designed and carried out independent or group, semester-long research projects.  Students get to take advantage of the field and laboratory opportunities available at BMSC. and around Barkley Sound.  Project topics undertaken in 2014 included: behavioural ecology, anthropogenic impacts on marine communities, phenotypic plasticity in response to wave exposure, impacts of spatial subsidies on freshwater communities, and invasive species trophic interactions.  Each project was required to include a comparative aspect as well as statistical analyses.   Much of the course time was spent supporting projects by working with groups or individuals in small meetings. Formal lectures included: question and hypothesis development, experimental design, scientific writing and editing, and various related topics.  I also organized career workshops, CV creation workshops, and tips for succeeding in academia. 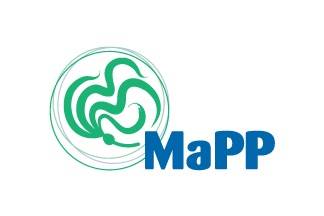 Send me a message!

Great for large exposure in sidebars.

Great for moderate exposure in sidebars.